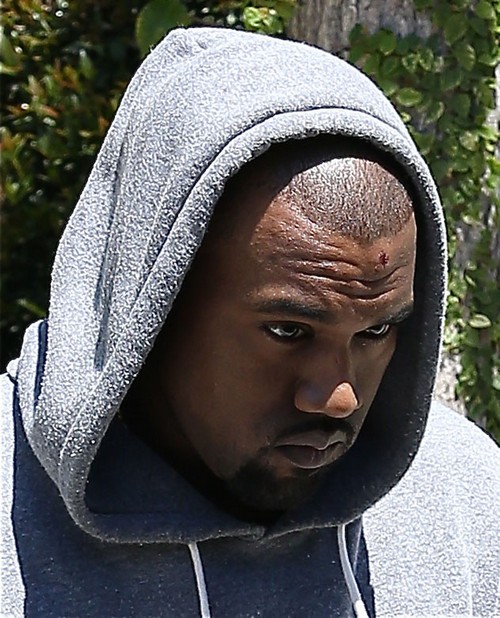 Kanye West is said to have pulled a disappearing act during Kim Kardashian’s entire pregnancy. In order to get some good PR flowing their way, Khloe Kardashian is stepping in to say that Kanye has always been obsessed with Kim.

After you heard the news that Kanye disappeared for a good part of the pregnancy, we all thought he was a bit of a douche. In an effort to stave off all of the negative publicity, Khloe is there to save the day.

It’s being said that Kanye can’t wait for the birth of his first child with Kim. In fact, he’s been in love with her for years prior to their getting together.

In a new interview, Khloe said, “We’ve known Kanye since 2006 or 2007. And he’s always been into her and loved her. He just always was so obsessed with her – in a good way. And I just thought that was so cute, and she was like, ‘No we’re just friends or whatever.’ And I just was like, ‘I think that you two are so similar with fashion or whatever you guys are both into.'”

She went on to say, “And so I said, ‘Just give him a shot.’ And then one day, I don’t know what happened, she acts like it was her idea, like I never said it. ‘Wait, I think I really like Kanye.’ And I was like ‘Hello! I’ve been telling you for years!'”

The kicker is that she joked that Kim should have dated Kanye prior to marrying Kris Humphries because “We could have saved a whole wedding!”