Will Ryan Seacrest Take a Pay Cut to Help Save American Idol? 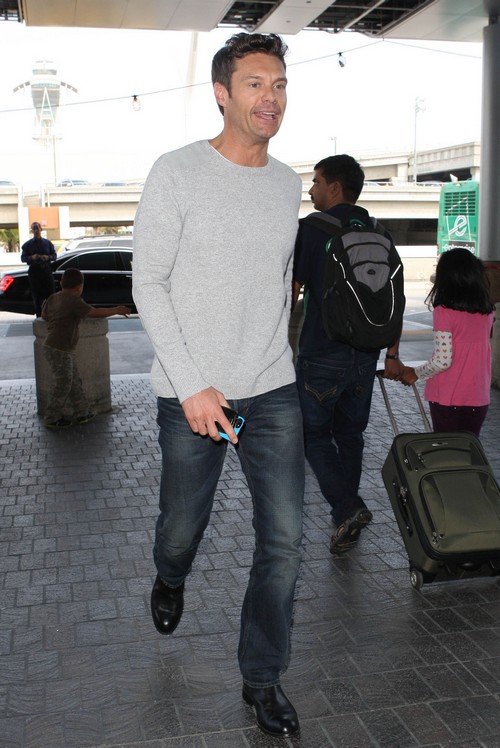 By now we all know that if American Idol is to return for another season it’s going to have to look radically different. The wheels totally fell off last season and that well-oiled formula just completely stopped working. Even Randy Jackson saw the writing on the wall and figured he better leave gracefully rather than be fired when producers fully clean house. It’s already pretty certain that the entire judging panel will look entirely different , with rumblings that perhaps some of the earlier stars discovered by the show will now sit at that infamous table.

According to the June 17th print edition of STAR magazine Ryan Seacrest’s hosting gig is totally on the line. Last seasons ratings were dismal at best and the powers-that-be simply can’t justify his $15 million dollar paycheck. It has been strongly suggested that Ryan take a voluntary pay cut and if he doesn’t then either the show would have to fold or else he would need to be replaced.

I think this issue will ultimately be more about pride than it is about cash. Ryan is loaded and quite obviously doesn’t need his hefty AI pay check. But will he be willing to accept less than that while doing the same job that he has held for a decade? Can Ryan put his pride to the side in order to ensure that there is enough cash for another season- that is likely the real question.

Do you think Ryan should suck it up? Or would it be better while cleaning house anyway, for producers to choose a new host as well- maybe another former Idol discovery? Tell us your thoughts in the comments below!