Desiree Hartsock Not Sexy Enough for Guys on Bachelorette 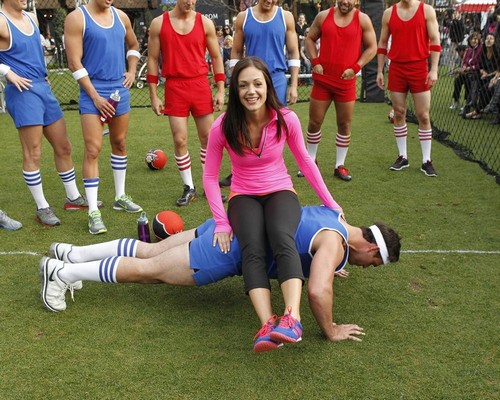 When ABC first announced that Desiree Hartsock was going to be the next Bachelorette it seemed like a pretty decent fit.  She had just had her heart broken by Sean Lowe when he sent her packing from his season as ABC’s Bachelor and the audience was already sympathetic towards her. They wanted Des to find some sort of love match after watching her cry over the last guy. She seemed like a shoe-in but as the show has begun airing it has become pretty clear that ABC missed the mark.

The 25 eligible bachelors that were cast for the current season of The Bachelorette were thrilled to get the gig, until they found out who they would be vying for!  They expected a sexier chick in general and as the dates rolled on it only got worse! According to the June 17th print edition of STAR magazine, behind the scenes the guys were miserable.  A few weeks in it stopped being about winning Des’ heart and turned into a clear cut battle for the final rose. These clowns are smart and of course they realize that if they win it means 15 minutes of fame and some short lived lucrative offers.

A source close to the show says that it was pretty impossible for any of the guys to form a real connection with Desiree because she was very closed off and straight up boring.  She also seems to have a built in radar to fall for the ones who are shady from the get-go. It’s not sounding like Desiree’s chances are too hot this time around. Do you think she’ll find her man or will this be another season that ends badly? Tell us your thoughts in the comments below!