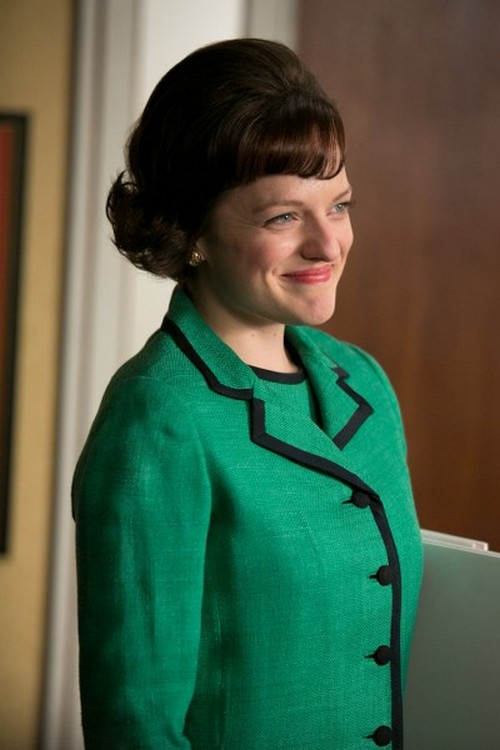 Tonight on AMC Mad Men returns with a new episode called, “Favors.”  On last week’s show Joan was set up with a guy who ended up being the head of marketing at Avon and he was looking for an adverting firm. Ted tells Peggy to let Pete meet with Avon and bring him into the firm; yet Joan goes behind both Ted and Pete’s back and entertains Avon for a second meeting with Peggy.

The partners come up with a new name for the company, it is now Sterling, Cooper and Partners and when Pete doesn’t like it, Don tells him to go find another job if he is not happy. On his business trip, Don gets high and hallucinates that Megan is pregnant.  Did you watch last week’s episode?  We did and we recapped it here for you.

On tonight’s show Megan has news to tell Don, is she really pregnant? Ted and Peggy have dinner, is this moving towards an affair for the two of them? Pete is still upset, things are just not going his way at work or in his personal life. Peggy finds some trouble at home and can’t get out of there fast enough.