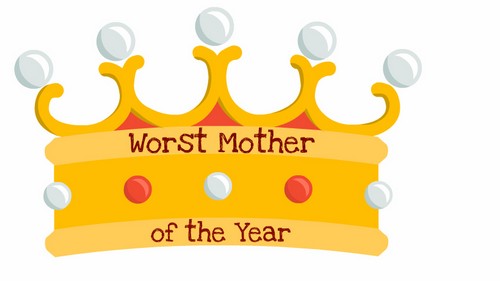 Farrah isn’t the only mom setting a bad example these days either. According to the June 17th print edition of STAR magazine, former good girl, Reese Witherspoon better bounce back from her April arrest quickly. The whole world has seen her throw a tantrum, disrespect authority and act like a spoiled brat.  Let’s hope her kids do better than she has.

Gwyneth Paltrow is another winner.  She is also catching heat for screwing up her two children with her own food obsessions. She refuses to feed her kids carbs which are necessary for healthy brain activity. Instead she has her children muddling through long days feeling hungry and tired! Also Apple is at risk for an eating disorder thanks to her moms’ food restrictions and issues.

Tori Spelling is rumored to play obvious favorites amongst her four kids. Her two oldest kids get thrown 6 digit birthday parties while she then mocks her babies for crying.  Or better yet she disappears into her room and leaves the kids to fend for themselves. You know how we always see Gwen Stefani out with her boys? Well from what I’ve heard those are staged photo ops!  She crawls into a limo and leaves the real parenting to her husband!  My understanding is that if you want to see the kids in action, catch them playing with Gavin!

These are just a few examples of negative parenting. Who do you think is the worst mom in Hollywood? Tell us in the comments below!