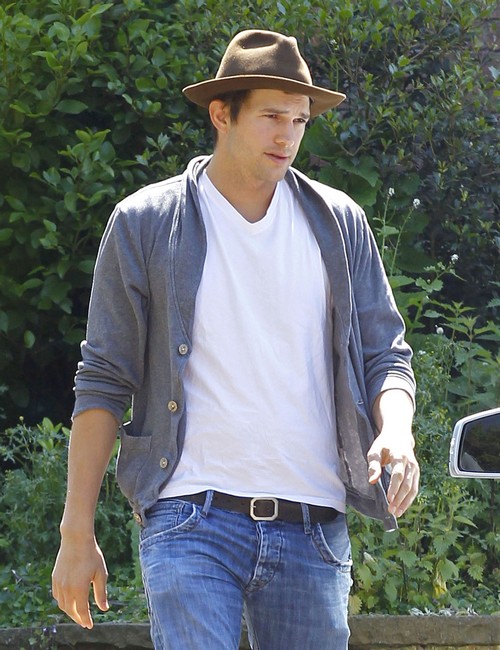 Ashton Kutcher was sexually harassed by a fan while having brunch with his friends at La Poubelle in Hollywood! That had to have been awkward for the TV actor! His girlfriend Mila Kunis must’ve been upset over this one…

According to the latest gossip, he was spotted sitting at a table with his pals by a 30-something “babe”. She rushed right over and started gushing about being a big fan of his. A source said, “Ashton was friendly and thanked her.”

The source went on to say, “The girl went back to her table, downed more wine, then told her friends, ‘I have to go back. He’s so gorgeous! I just want to stroke the back of his neck!’ They tried talking her out of it, but she was up and gone — and this time, Ashton freaked when she laid creepy hands on him. He was polite, but explained he was in the middle of his meal. Incredibly, this happened TWO more times before he took action!”

The spy added, “Finally, Ashton snapped! Throwing up his hands, he snarled, ‘Enough is enough! You need to go back to your table!’”

Does Ashton hate his fans? Or just the overzealous ones? Hit the comments below!