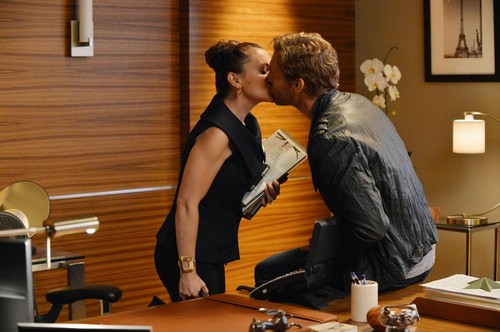 Mistresses returns to ABC with a new episode tonight.  On last week’s show Savannah (“Savi”) is a successful career woman working toward the next phase in her life — both professionally and personally — bucking for partner at the law firm where she works while also trying to start a family with her husband, Harry.

But when their fertility issues began to take center stage, Savi found herself attracted to her flirtatious colleague, Dominic. Savi’s free-spirited and capricious baby sister, Josslyn, couldn’t be more different, living single, serial dating and partying. A real estate agent, Josslyn had no interest in a committed, long-term relationship.  Did you watch last week’s premiere episode?  We did and we recapped it here for you!

On tonight’s show while Karen counsels Savi to hold a beat before confessing to husband Harry about her night with Dominic, Savi gets an entirely different reaction from April. Meanwhile, April investigates a woman’s shocking claims that her late husband, Paul, had another life; Joss finds a friend in new client Alex (guest star Shannyn Sossamon), and Karen warily agrees to meet with Sam Grey.