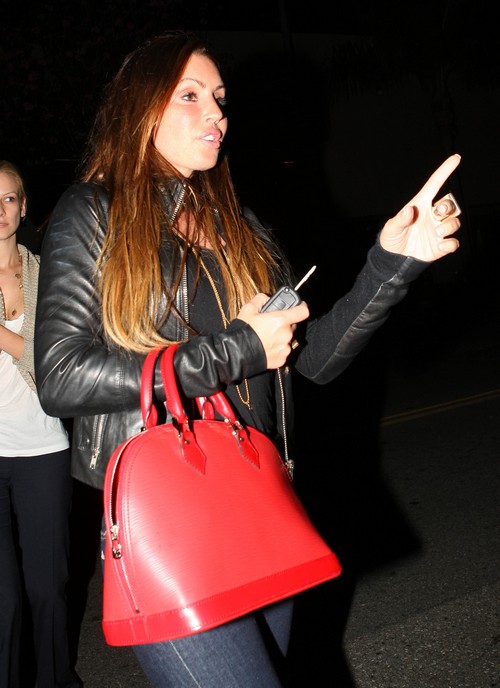 Rachel Uchitel and her husband Matt Hahn are calling it quits after being married for only a year-and-a-half. What gives?

Rachel became famous for having lost her fiance in the September 11th attacks and afterward for being part of Tiger Woods’ hoe patrol. Since, she married Matt and had a kid with him. We’re guessing that things didn’t work out as planned for Rachel as they are now going through a divorce.Last month, TMZ reports that she called 911 on Matt after they fought. Matt said that Rachel slapped him after he called her a bunch of names. Earlier today, Matt filed the documents for divorce, citing “cruel and inhumane treatment.”

Her rep has issued a statement saying, “It is Ms. Uchitel’s goal to resolve this action amicably, quickly and quietly and not in the media.”

Perhaps it’s a little too late for that one? What do you think? Hit the comments and share your thoughts!