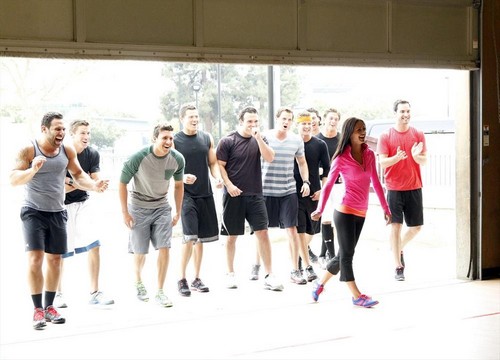 The Bachelorette returns tonight to ABC with a new episode as Desiree Hartsock’s quest to find her Prince Charming continues.  On last week’s show a bridal shop provided the unlikely backdrop for Desiree’s first one-on-one date with the tall, dark and handsome Brooks; rap superstar Soulja Boy carefully crafted an aptly named rap music video – “Right Reasons” – using Desiree and a group of slick bachelors; and Bryden was treated to a scenic, romantic road trip up the beautiful California coast.

But some of the men were already fighting for Desiree’s love and nearly come to blows. After careful deliberation, three men were sent packing as the Bachelorette attempted to make her fairytale come true.  At the end of the night after a dramatic rose ceremony, 16 men were left to vie for Desiree’s heart.  Did you watch last week’s episode?  We did and we recapped it for you.

On tonight’s show one of the guys (Brian) might have a girlfriend (Stephanie Larimore)! You’ve probably seen the promo: someone’s girlfriend shows up after hearing her man is on The Bachelorette. But is it real, or just an actor showing up to give Des a taste of her own Bachelor Season 17 medicine? Apparently, Brian told her he just needed a break from their relationship and lied about going on the show and I can’t wait to see that scene as it is going to be interesting for us the viewers. We can sure bet that ABC is definitely going to make this a big part of the show for the drama that we all love.