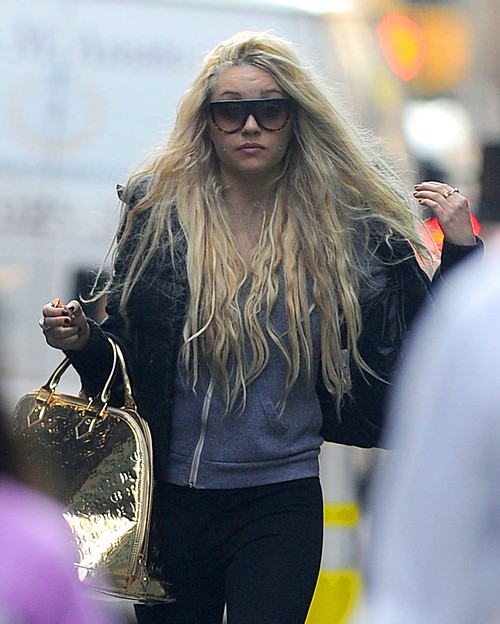 If you’ve been following Amanda Bynes on Twitter, then it’s likely that you’ve come to the same consensus as the rest of us: she’s crazy.

She calls everybody who doesn’t agree with her “ugly”, constantly accuses the media of Photoshopping her head on other people’s bodies and is downright mean to her family. She has someone in her corner, though. Her former co-star Drake Bell has some good words for the soon-to-be rapper.

In a new interview, he said, “Amanda and I are close. I talk to her every day. She’s a sweetheart. I had lunch with her yesterday, and she’s brilliant. She’s good, and she’s healthy. She’s in a place right now where she is searching. She’s ready to be her own person, and do her own thing…She is a girl who is finding herself.”

He went on to say, “I’m like, ‘Dude, you come off crazy.’ She’s like, ‘I know, but I don’t mean to. I just changed the way I look.’ Anytime I’ve ever been with Amanda, she’s totally coherent, totally there, totally everything.”

That sounds like a ringing endorsement, but from her actions she comes off as a total nutjob. Perhaps he’s just running good PR for her? What do you think?