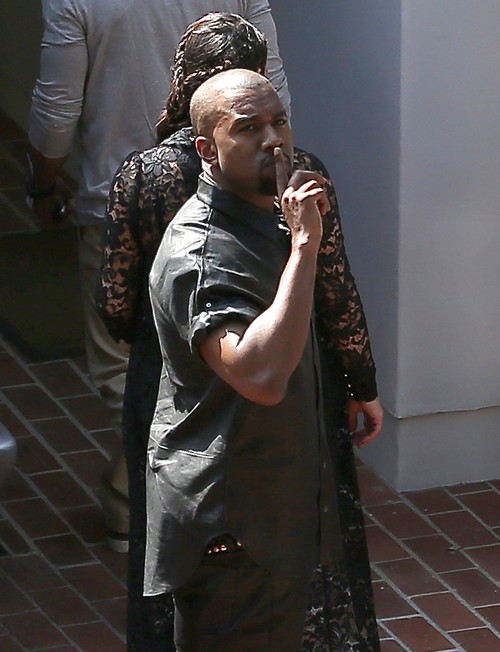 Kanye West released his new song [or parts of it] at his NYC concert last night, and everyone jumped to the conclusion that it was about Kim Kardashian. But then, to be fair, it’s hard to imagine that Kanye could be talking about anyone else when you listen to the lyrics.

The lyrics include sentences like, “Black dick all in your spouse again, And I know she like chocolate men, She got more niggas off than Cochran.”

The reports claim that Kanye wrote this song while Kim was still married to Kris Humphries. I’m not sure what that’s supposed to mean, because Kim was married to Kris for a long time, even after she was with Kanye. One can assume that the reports are trying to indicate that Kanye wrote this song out of jealousy or anger, and just based off the lyrics, it does seem like it’s about Kim.

A message to Kris Humphries perhaps, telling him that he’s the one having sex with Kim now? No matter how many times Kanye and Kim deny that they have any problems and everything is ‘just fine’, practically every single thing that they do screams otherwise.

Do you guys think the song is about Kim? Everyone says that song lyrics are personal to the person that wrote them, and in this case, who else could it be about, right? Let us know what you think in the comments.

To find out all the details of why Kanye West is obsessed with Kim Kardashian, CLICK HERE …