Angelina Jolie Is A Control Freak About Brad Pitt Wedding 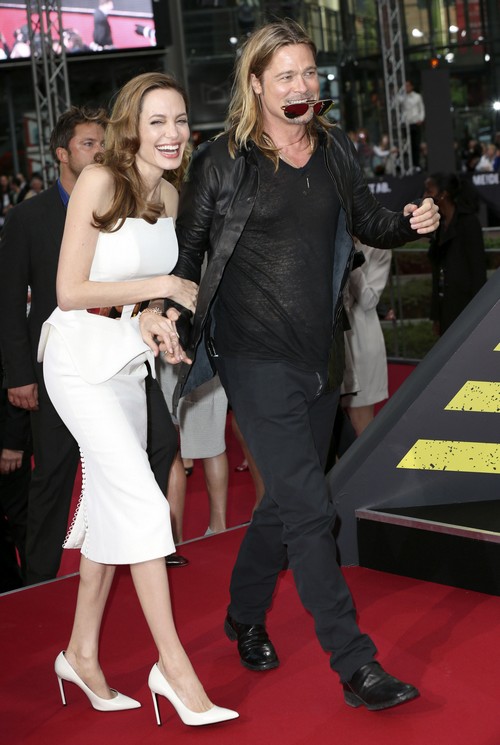 Angelina Jolie and Brad Pitt are reportedly due to tie the knot sometime very soon. According to reports, Angelina is being every bit the control freak when it comes down to the details of her big day. As well she should, but perhaps her latest drama might be taking things a little too far.

She was said to have banned Brad from inviting his three friends, Quentin Tarantino, Jonah Hill and Philip Seymour Hoffman to their wedding. A source said, “Angie wants her wedding to be perfect, and that applies to the guest list as much as anything else. She respects Brad’s right to be friends with whoever he wants, but there’s no way she’s allowing any of these guys to attend their wedding.”

The source went on to say, “The official line she’s giving is that this is an ‘intimate celebration for only the closest friends and family.’ But the brutal truth is that she considers these three to be bad influences on Brad. Angie doesn’t want to see these guys around. And that’s very tough for Brad to accept, because these are people he cares a lot about and wants to be part of his special day.”

The source continued to say that Brad is “quietly fuming” over all of this, but doesn’t want to cause Angelina any undue stress. The source said, “Years ago this would have sparked a huge argument. But Brad’s not willing to upset her considering everything she’s been through lately. He worships Angie and wants this day to be perfect for her and the kids.”

She needs to realize that the wedding isn’t just about her, don’t you think?