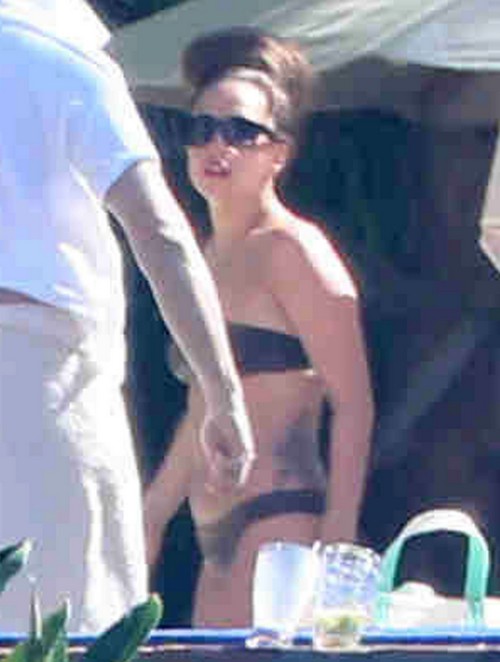 Lady Gaga’s actor boyfriend, Taylor Kinney, has been shooting ‘The Other Woman’ with Cameron Diaz, Kate Upton, and Leslie Mann, just to name a few. However, Gaga might not be too happy about it.

The Sun reports that because of the intimate scenes required from Taylor and Cameron, they’ve been getting closer than usual. A source tells the Sun, “Cameron and Taylor have clicked on set and are getting on really well. They’ve been hanging out and the news has reached Gaga’s camp. Cameron and Taylor have been seen in cafes and went out for dinner. They were joined at the hip at a drinks party for Kate Upton’s birthday.”

The source adds, “It’s been a stressful time for Gaga with this on her plate as she’s recovering from hip surgery.”

As much as I hate to say this, I wouldn’t be surprised if this story turned out to be true. This isn’t the first time that rumors about Gaga’s insecurity have come out, even though she’s one of the biggest stars in the world.

Do you guys think there’s any truth to this story? Could Taylor really be cheating on Lady Gaga? Let us know what you think in the comments.