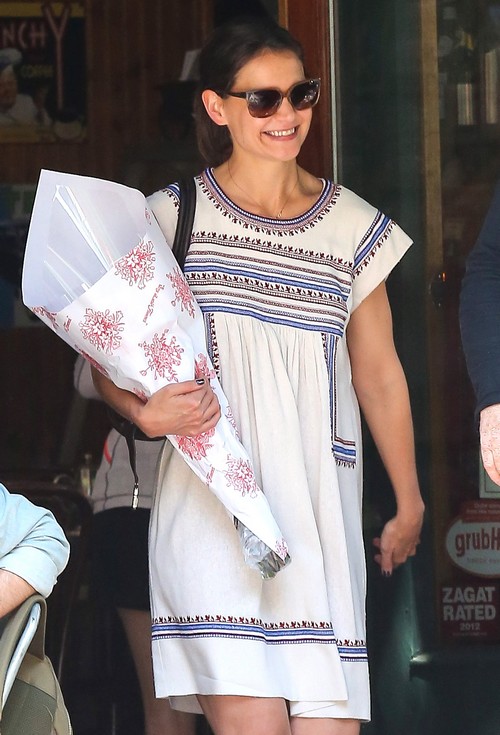 Is Katie Holmes ready to get pregnant with Baby No. 2? According to a new report from the National Enquirer, Holmes has always wanted to have more than one child, and she’s now found the perfect man to have her next baby with – her new co-star and boyfriend, Luke Kirby.

Although Holmes and Kirby haven’t been confirmed to be dating, there have been numerous sightings of them holding hands and acting flirty, so it’s really only a matter of time before someone manages to get pictures. But are they ready to have kids? The Enquirer’s source explains, “Luke is very hands-on with Suri. He sits for hours playing with her and her Barbie dolls or being her tea party guest.”

According to the report, Suri’s always wanted to be a big sister, and Katie feels this is the perfect opportunity to give her one.

Hmm… I don’t know about this. While I don’t doubt that Luke and Katie are dating, or very ‘close’, would you consider having a child with someone you’ve only known for a few months? She may be thinking about it, but I hardly think she’s actually going to take action any time soon. What do you guys think?