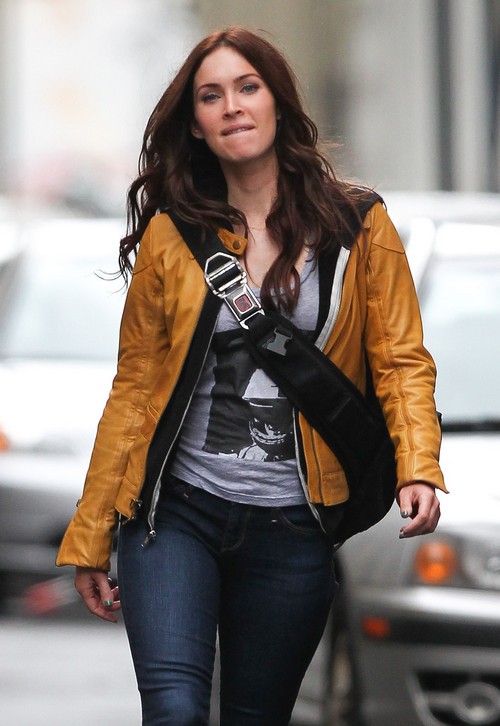 Is Megan Fox going bald? According to a new report from Star Magazine, Megan has been losing her hair since she dyed it red to film the Teenage Mutant Ninja Turtles.

A source tells Star Magazine, “After dying [Fox’s] mane red for her role as April O’Neil in the Teenage Mutant Ninja Turtle remake, producers hated the result and sent her back to the salon for a redo, which wreaked havoc on her once-lush locks. She went to a different stylist, and they ended up using a metallic hair dye that reacted to the initial product. Next thing you know, her hair started falling out in clumps!” The source also adds, “She had to get extensions underneath the top layer of hair. It’s left her terribly self-conscious, and she doesn’t want anyone to know. I have never seen anyone so upset in my entire life! It was so sad.”

While Megan and her team will both deny these rumors, the pure fact of the matter is that most actresses in Hollywood use extensions. With so much hair dye and products that go into styling their hair every day on a film set, and each time before they start shooting a new film, it’s only a matter of time before your hair starts to fall out, right? It’s the same thing with skin – the more makeup you put on it, the more your skin’s going to react. Just because they’re actresses doesn’t mean they’re immune to it.

Also, Megan’s hair has always been pretty thin to begin with, so I can see how a harsh dye would react badly with it. Fortunately for her, she has the money and resources to get it fixed, whereas others in her situation might not be able to do so.