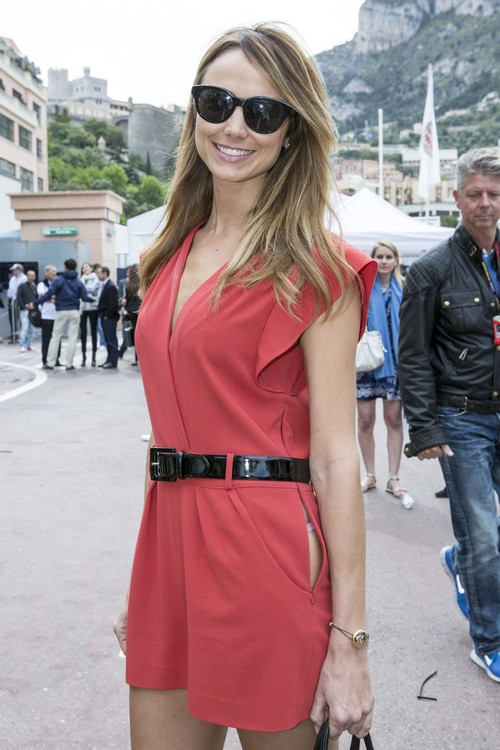 Stacy Keibler and George Clooney are still going out? They haven’t been spotted together in ages, although they’re quick to assure interviewers that all is well.

I have a creeping doubt that they’re both nearing the end of their relationship, and Stacy’s probably trying to prepare a jump-off point. Once George is done with her, she will no longer command the same type of exposure that she does now, and she’ll have to figure out her next move.

Right now, Star reports that Stacy was spotted making out with a millionaire businessman at a hotel in LA a couple days ago, with an eyewitness explaining, “They were in a small, closed-off area where many couldn’t see them, but Stacy still felt comfortable enough to act this way in a public place.”

So what’s going on? If Stacy really was making out with this guy, that could mean one of two things: either she and George are done, but they’re waiting to break it to the public, OR they have an open relationship, and George doesn’t really care about Stacy’s indiscretions.

While I’m more inclined to believe the second option, I think George wouldn’t be too happy to find out that the tabloids have found out about this ‘indiscretion’, especially because he got mad when they reported about him and Monika Jakisic a couple of weeks ago. For George, it’s probably the difference between a private indiscretion and a public one that makes all the difference. No doubt, he won’t be too happy to hear about his girlfriend making out with someone else when she’s still supposed to be going out with him. Either way, I wouldn’t be too surprised to hear about their breakup if it comes.