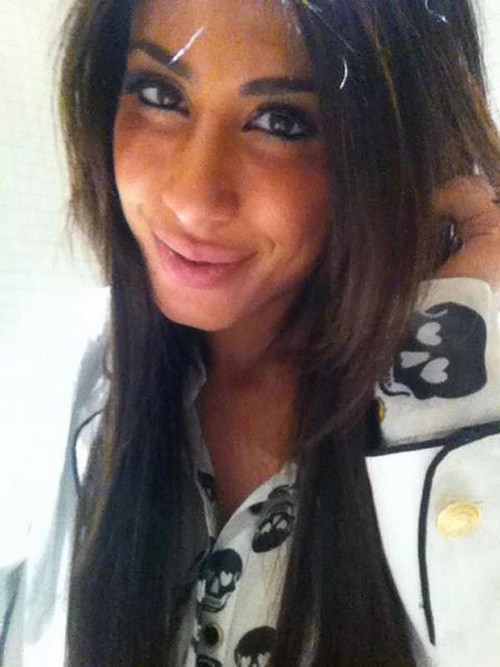 So, Leyla Ghobadi has been banging Kanye West whenever he texts her since July of 2012 but she waited until just now to open her mouth. Apparently Kanye tried to meet up with her again last week and that’s when Leyla had a crisis of conscience or something. She decided that it was time to stop getting naked with the self absorbed rapper and to instead call him out in the press I guess because according to the June 23rd print edition of Star Magazine, Leyla sure had a lot to say.

Girlfriend never for a minute thought that she was anything more than Kanye’s convenient hook up when he was in town either. It was drinks, partying with his crew and then an all night romp before Kanye grabbed his flight out of town. Ironically enough it all started right under Kim Kardashian’s nose too! She was picked from an Atlantic City audience during one of Kanye’s shows that Kim was also at! He had security get Leyla’s digits and partied with her and her friends over the next two nights. Kim was photographed in attendance at those shows so what this tells me is that the rapper is good at juggling and spreading a nice layer of BS when it suits him.

Apparently Kanye told Leyla that he and Kimmie were just friends with benefits and that it was nothing serious so Leyla didn’t think she was stepping on toes when she banged Kanye a few times over the next several months. When he reached out this month Leyla knew that Kim is clearly his baby mama and she thought that someone should tell her the truth that seems to have confirmed all of Kim’s biggest fears.

Leyla’s timing is more than a little interesting and I’m sure she got paid nicely to talk and provide some photos of her with Kanye, however I agree, Kim needed confirmation. She already knew that she was dating a devious douche but now she has confirmation. Will more chicks follow Leyla’s lead and talk to the press? Tell us your thoughts in t6he comments below!