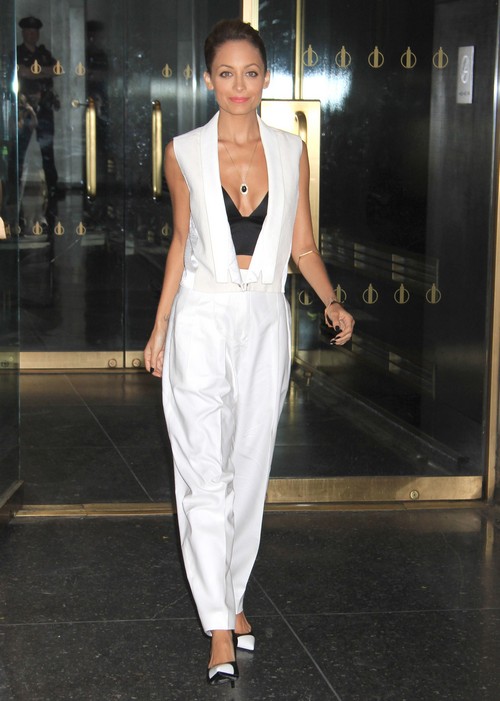 Nicole Richie is one of those women that we always keep an eye on and judge based on her weight. You kind of know that there are problems when she shows up on a red carpet looking too skinny and that’s exactly what recently happened. She showed up to the CDFA Gala in NYC in a gold Marc Jacobs sheath dress and the crowd was stunned by Nicole’s appearance. She is once again scary skinny with bones protruding.

Nicole admitted back in 2006 that she has some issues with food and that when she’s super stressed she tends to not eat. We’ve seen her get really healthy and focus on her family with Joel but there have been rumblings of trouble between the couple and it looks like whatever is happening, it’s taking a definite toll on Nicole.  According to the June 23rd print edition of In Touch Nicole has been pulling an awful lot of weight with her family and career and Joel Madden isn’t the most helpful husband. She has been left to juggle their two kids while he tours and also just wrapped up another season of Fashion Star.

Nicole also designs every piece for her House of Harlow line herself. When you but all of these things together it’s no wonder the mom of two is looking frail and exhausted. Ironically when Joel finally did return to L.A. Rather than spend a night with his wife he was out partying with his crew. I’m sure that didn’t help things at home with Nicole at all.

Do you think this couple will survive? Is Nicole’s dropping weight a sign of serious problems between them? Tell us your thoughts in the comments below!