Kim Kardashian’s Daughter Looks Just Like Her, With Dark Hair And Brown Eyes 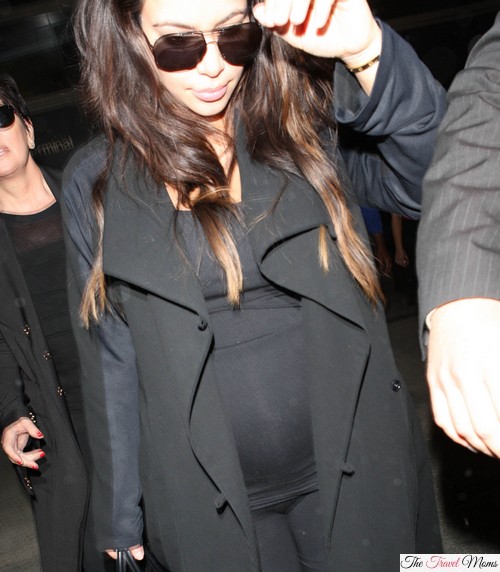 Kim Kardashian gave birth earlier today, and of course, now the whole world is clamoring to know the details. While there is a small amount of focus on why Kim’s daughter was one month premature, there’s more focus on what her name will be and what she looks like. According to recent reports, she looks ‘just like Kim’ with ‘dark hair’.

The baby is healthy, as is Kim Kardashian, but she reportedly weighed approximately five pounds when she was born, which is on the lower scale. Of course, being one month premature, that’s not that unusual.

Kanye West was reportedly present by Kim’s side during the birth, after flying back from his tour and taking a break from his promotional duties for Yeezus. There’s also a huge [accidental] promotional boost that his new album is getting, since the news of Kim’s baby will undoubtedly boost album sales.

There’s no confirmation on Baby Daughter Kardashian’s name yet, but according to E!, her name will begin with a K. Kim doesn’t want to break with family tradition, although they’ll have to work hard to come up with a name that hasn’t yet been used by someone in their family.