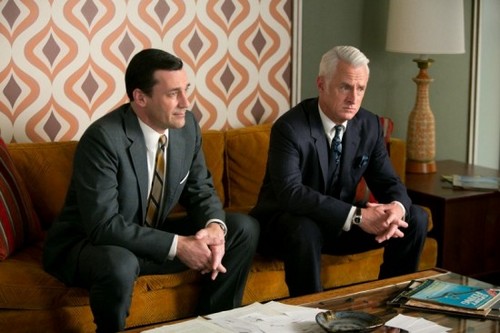 Tonight on AMC Mad Men returns with a new episode called, “The Quality of Mercy.”  On last week’s show Sylvia was so upset, she ended up letting Don speak to her after the incident; but she was still very traumatized by the whole thing. Is Bob really gay? Was that whole “knee” thing with Pete meaning what we think it did. Poor Pete, he was forced to confront his mother’s sex life when he doesn’t even want to imagine her brushing her teeth.  Did you watch last week’s episode?  We did and we recapped it here for you.

On tonight’s show Don is going to have to face his indiscretion with Sylvia as it appears that Sally may just have run to Betty and told her the whole story. Pete admits to being bitter and then prepares to go hunting, probably not a good idea. I have been waiting for the gun to come into play ever since he got it, can’t wait to see what happens.

The episode will focus more on Megan and Don who are definitely heading into unhappy territory; they have an awkward moment with someone, probably the Rosens. Harry gets some bad news, but it’s not clear on what that is all about. There are only two episodes left in season 6, you wont want to miss either one of them.