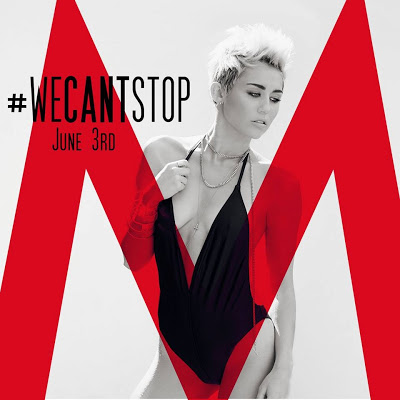 Miley Cyrus has a whole lot in common with Justin Bieber nowadays. She is just hellbent on living her life and making no apologizes for her bad behavior.  What seems to set her apart from Biebs though is the fact that her raunchiness is actually costing her long time fans. The lyrics in her newly released song We Can’t Stop haven’t just raised eyebrows but they have caused people to speak out in protest.

According to the June 23rd print edition of In Touch lines like “Everyone in line in the bathroom, trying to get a line in the bathroom” have made Miley’s most rabid of fans do a double take. She was accused of glorifying drug use and when asked about it she simply responded that she sings about where she’s at in her life right now. If that’s the case the Miley is a coke head and perhaps that’s one of the real reasons why Liam Hemsworth hit the bricks!

Miley is yet another example of a teen that was forced to be an example when she herself only wanted to do all of the things that she’s not supposed to represent. Miley considers herself a party animal and it pretty obviously cost her a relationship with a guy that prefers to date a grown woman and lead a quieter life. Will Miley be able to reign in her bad ways or is she on track to become the next Lindsay Lohan?  Do you see parallels between the two?

It was also announced this week that Miley’s parents are officially divorcing. Do you think that her parents problems have also helped to push her to turn towards drugs to cope with stuff? Tell us your thoughts in the comments below!