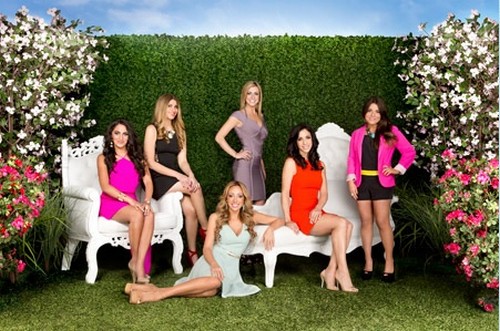 Princesses Long Island airs tonight on Bravo with a whole new episode called, “Saved By The Boys.”  On last week’s show Ashlee and Chanel traveled into the city and met new Princess Casey, a New York City dweller who was anything but the typical Long Island girl. Joey tried to makes nice with Amanda after the pool party debacle caused by her friend.

Casey opened up about her painful past with Erica but tried to put their issues aside for a group trip to the Hamptons. At Chanel’s Shabbat dinner, Casey’s anger boiled over, turning a peaceful Shabbat into a Shabbacolypse!  Did you watch last week’s premiere episode? We did and we recapped the episode right HERE!

On tonight’s show Shabbacolypse continues as Erica and Casey finally attempt to hash out their decade-old issues without resolution. Meanwhile, Amanda avoids the drama by escaping to her love nest with Jeff. Ashlee, Joey, Chanel and Casey survey the man selection at brunch, but the cute guys leave them with a bad taste in their mouths. Then, the girls party the day away at an outdoor bash where Ashlee and Joey butt heads over flirtation techniques. Rob comes to Erica’s rescue, but even he cannot curb her partying ways when things get out of hand on their last night, leaving the rest of the girls baffled and concerned.