Shia LaBeouf Thinks He is Best Friends with Brad Pitt 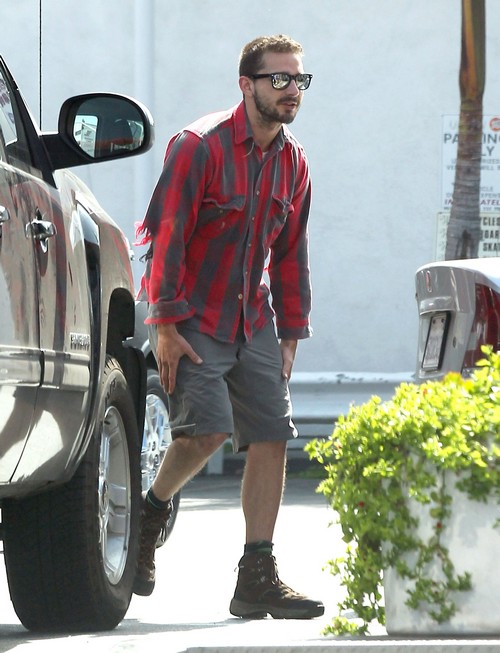 Hollywood seems to be filled with one-sided relationships and a brand new one seems to have emerged. Shia LaBeouf has signed on to do Fury, a World War 2 flick with Brad Pitt and to hear him tell it, the two are best friends. Even though the film has yet to begin filming and the two have never worked together before, Shia is bragging about the experience to anyone who will listen.

According to the June 23rd print edition of Star Magazine Brad has no real opinion of Shia yet, because they’ve spent no time together! He also thinks it’s ridiculous that Shia is painting them as friends already. While Shia is busy blabbing, Brad has had his hands full on the home front. He obviously has just supported Angelina Jolie through her double mastectomy and he has six kids to juggle.  Plus the couple is reportedly working overtime on planning their September wedding.

All of these things together equal a big, “Shia who?” I would imagine. That’s not to say that the two won’t get along. Brad seems to like his friends to have a serious edge and that’s the kind of guy that Shia is so they may get to the set of Fury and hit it off big time, but they aren’t exactly there yet!

Do you think Shia is trying to make himself look like a big shot by dropping Brad’s name?  Is it effective or does it just make him look a little more pathetic?  Are you a fan of Shia’s past work? Tell us your thoughts in the comments below!

Shia LaBeouf Slams “Celebrity” Says They Are Not Individuals