Amanda Knox to Be Extradited to Italy: Meredith Kercher Murder Was a Sex Game Gone Wrong 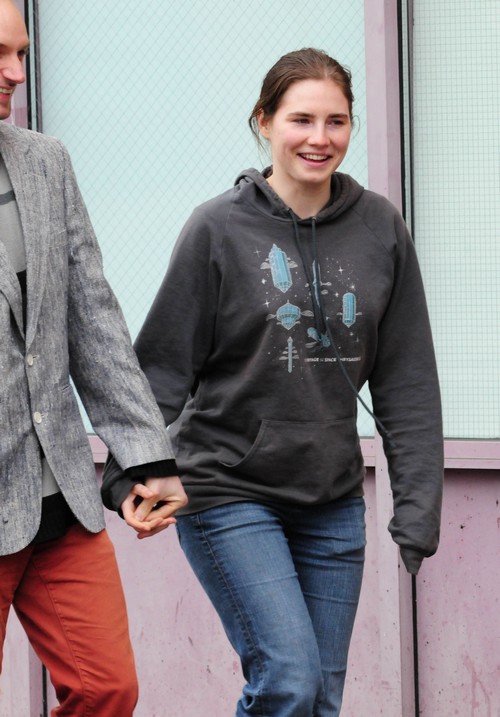 The Italian Supreme Court have released their reasoning as to why they they want Amanda Knox to stand for yet another murder trial, seeing that they had initially dropped the conviction against her back in 2011.

Knox, 24, has already served four years for the murder of Meredith (2007-2011) before being acquitted from the charges, but in the court’s 74 page document, it is clearly stated that the retrial will merely focus on the sex act that ended tragically.

Amanda is said to be worried that she’ll face a lifetime jail sentence once she pleads her innocence in court. Her lawyer,  Carlo Dalla Vedova, has already expressed his frustration following the release of the court’s documents, saying he’s shocked by the fact that the entire process is happening again knowing that Knox has already served her trial, she was acquitted of any wrongdoing and now has to be put through it again.

“We respect the Supreme Court’s decision, but we do not agree with it,” he explained. “All the facts the discuss were analyzed already. So now we simply re-start and re-do the case. We are ready to start again in Florence, and we are looking forward to defending Amanda. She is completely innocent.”

However, what may seem to be a shock to some, Amanda’s lawyer is confident that she’ll once again walk out of court as a free woman as he suspects that the same questions are going to come up that will just end up leading to “the same results” before adding that his team are “not worried”.

Meanwhile, Knox’s ex-boyfriend’s attorney didn’t seem to be shocked by the announcement and reasoning of a retrial; there were still so many holes in the story, seeing that they still haven’t found the person guilty for the murder of the British student, but one thing’s for sure… her client is not guilty, according to Giulia Bongiorno herself.