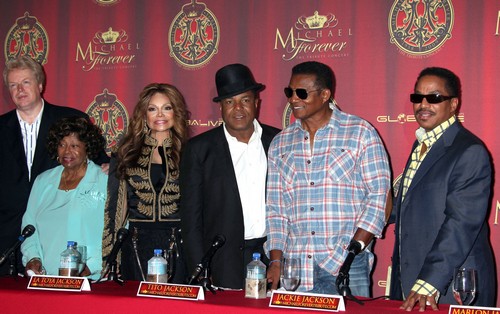 The Jackson family drama never stops, does it? When you look at what Paris Jackson had to deal with, just years after her father died, it’s unbelievable that she didn’t just leave and run away somewhere.

The latest update in the Jackson family feud is that Janet Jackson and Randy Jackson missed their nephew Taj Jackson’s wedding, out of spite and anger towards Katherine Jackson, their brother Tito Jackson, and their nephew and the Jackson kids’ co-guardian TJ Jackson.

A source tells Radar, “Tensions still exist between the brothers, sisters and their mother Katherine. Many have turned on each other. It all comes down to money and their motivation to do what they did last year — taking Katherine away to Arizona behind the backs of Michael’s kids. The source of much of the issue, still, is that Katherine is upset that her children didn’t tell her than Prince, Paris and Blanket were trying to contact her when she was in Arizona. Randy was the ringleader of it all and the wounds between him, his mother and his siblings are still pretty deep, today.”

It’s almost unbelievable the level of drama that still exists within this family, especially because the majority of the tension seems to be about money. It’s almost as if Janet Jackson isn’t happy with just being married to a gazillionaire, she still also wants a part of Michael’s legacy. Do you think the Jacksons are taking their feud too far? Let us know in the comments.