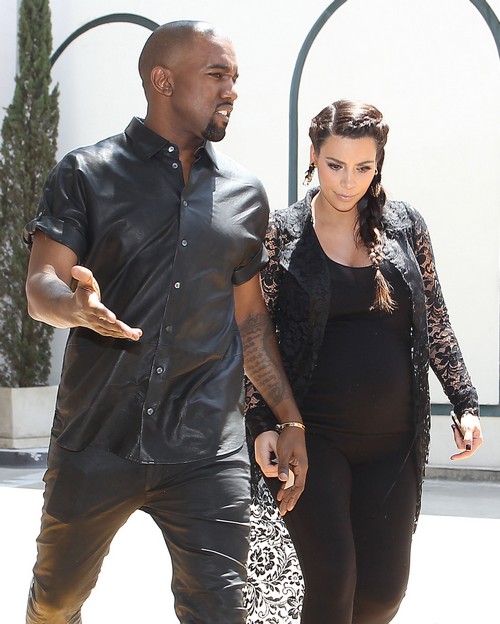 While Kim Kardashian was probably hoping to scoop a magazine deal with the revelation of of her baby girl’s name, it looks the media has already beaten her to it. The 32-year old and her rapper boyfriend Kanye West were hoping to keep quiet on their baby’s name until they were granted permission to leave the hospital, seeing that Kim had a 5-week early birth.

But according to MediaTakeOut, a nurse who works at the Cedars Sinai Hospital – where Kim gave birth – has revealed the baby’s name, and just like we had already assumed, it starts with a ‘K’ and pays tribute to Kanye’s mother, Donda West. So what could the name possible be?!

It’s… Kaidence Donda West!! Aww, what a beautiful name, right? It’s unsure how the two came up with the name – though we’re sure it’ll be aired out on a future episode of Keeping Up with the Kardashians – but Kanye made sure that his mother’s name would be carried by his firstborn.

You might recall Donda’s sudden death back in 2007 after undergoing a cosmetic procedure which went terribly wrong; Kanye’s only close family member was his mother and her passing definitely wasn’t easy for him. So, it’s understandable to see why he would want to pay respect and give a tribute to her through his child’s name. Beautiful.

According to reports, the family are not planning to share the name of the baby to the public until Kim and Kanye leave hospital. The rapper has canceled all future gigs to promote his album, Yeezus, so that he can spend quality time with his two favorite girls. Are we seeing a change in Kanye? Hmmm… only time can tell.

But, definitely a great name. What do you make of it?

To find out why Kanye West refuses to leave his new daughter’s side, head over to GIRLS TALKIN SMACK, they have the scoop, CLICK HERE …

If you want to hear Kanye’s Album YEEZUS our friends over at Diva Whispers has the full album for you to listen to, CLICK HERE …