Jessica Simpson To Marry Eric Johnson Over Christmas In Hawaii 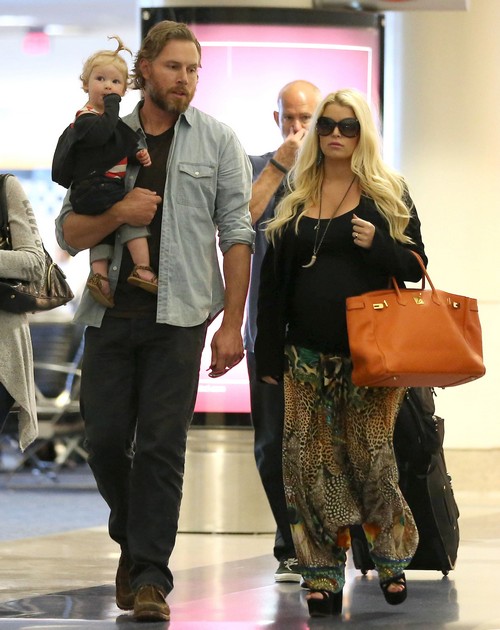 Will Jessica Simpson get married to Eric Johnson in Hawaii over the Christmas holidays? According to a new report from Star Magazine, that is exactly what’s going to happen.

The headline blares, “It will be a Marry Christmas for Jessica Simpson and Eric Johnson this year — because, according to a friend, the couple are planning to tie the knot during the holidays in Hawaii!” A source close to the couple explains, “Jessica and Eric would like to marry sometime between Christmas and New Year’s Eve.” The source also adds that not everyone’s happy about this plan, explaining, “Some people feel like she’s being a bridezilla by asking them to give up their holidays to be in Hawaii. Jessica is paying for everything, but some of her family wanted to be in Texas for Christmas.”

Ok, the report had me until the whole ‘bridezilla’ section. Why on earth would inviting your family to an exotic location during the holidays be considered a ‘bridezilla’ move? If anything, it’s incredibly generous, especially if she’s offering to pay for everything.

There’s also the fact that last year, around this same time, similar rumors were popping up about Jessica’s wedding. I have a feeling that if she does decide to get married, we’ll be hearing about it in People, not Star.