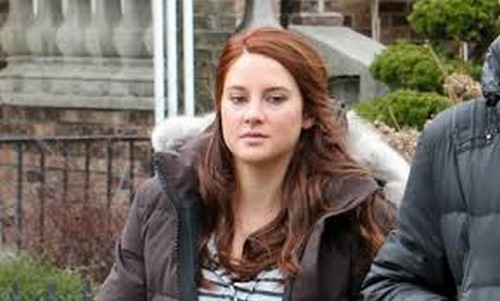 Shailene Woodley will no longer be making an appearance in ‘The Amazing Spider-Man 2’, as all of her scenes from the film will either be cut or moved to ‘The Amazing Spider-Man 3’. Director Marc Webb announced, “I made a creative decision to streamline the story and focus on Peter and Gwen and their relationship. Shailene is an incredibly talented actress and while we only shot a few scenes with Mary Jane, we all love working with her.”

This raises a number of interesting questions because in the comic-book canon, Woodley’s Mary Jane Watson is friends with Emma Stone’s Gwen Stacy.  WARNING SPOILERS AHEAD!

Because it’s being rumored that Gwen will die in the second film, that means that Mary Jane and Gwen will not have met in the films – or at least, on-screen. There were scenes being filmed with both of them, but either Gwen doesn’t die in this film and those scenes will be used in TASM 3, or those scenes will be cut completely.

Now, keep in mind, we don’t know that Gwen will die for sure in this next film. However, astute comic book fans have noticed that in one of the scenes that Emma was filming last month, she was wearing the exact same outfit that she was wearing in the comics right before she died. In that case, either she does die or the filmmakers are being sadistic and messing with us.

Keeping all that in mind, it seems like they’ll be introducing Mary Jane after Gwen Stacy dies, as a love interest to possibly help Peter heal from his loss.