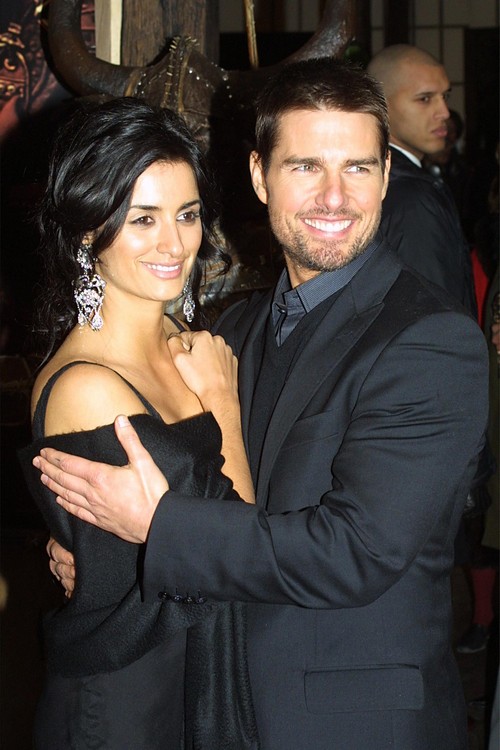 Tom Cruise tried to convince his former girlfriend Penelope Cruz to convert from being a Buddhist to Scientology, a new report claims. The actor and the former model were said to have become very close to another; their relationship was going great, but it wasn’t until Tom started pressurizing her to change to Scientology that things went down the drain.

The 50-year old needed to convince Penelope that her beliefs as a Buddhist were wrong and the only way he was able to do that was to get the Church leader David Miscavige on board. Cruise said at the time that he could no longer date a woman that wouldn’t want to be part of Scientology, it was said during a recent documentary on Channel 4 in Britain, titled ‘Scientologists at War’.

Mark Rathbun shared his own experience on having joined Scientology and how he formed a close bond with Tom in the early years. According to him, several people at the church started talking about how Cruz was a buddhist and that it would be a sham to what they believed in; Cruz was their go-to guy who would splash millions of dollars on whatever they needed. They couldn’t tell him what to do, but they pushed him to make him see sense.

A relationship which was likely to have formed into marriage could not go ahead unless Cruz converted to Scientology. Marty revealed during the one-hour documentary: ”Cruise started making some noises about getting some help [from the Church of Scientology, and] Miscavige had me drop me everything. ‘I helped him on his divorce from Nicole and then I was auditing him and I was helping him get Penelope auditing. I was helping him in all aspects of his life.”

Their plan to turn Penelope to Scientology failed as the couple spit in 2004, following reports that Cruz was livid to have been told if she had wanted to continue her relationship with Tom, she’d have to give up her beliefs. That sounds insane!!

We wonder if Nicole Kidman was forced to do the same during her marriage to Tom – we’re sure it’ll be revealed sooner or later. We’re already aware that Katie Holmes divorced the actor after she was being pushed to have her daughter Suri Cruise be part of something she did not believe in. And let’s not forget the alleged rumors that Tom had convinced Will Smith and the family to turn to Scientology too.

Entire Hollywood could be ruled under Scientologists. Ha!