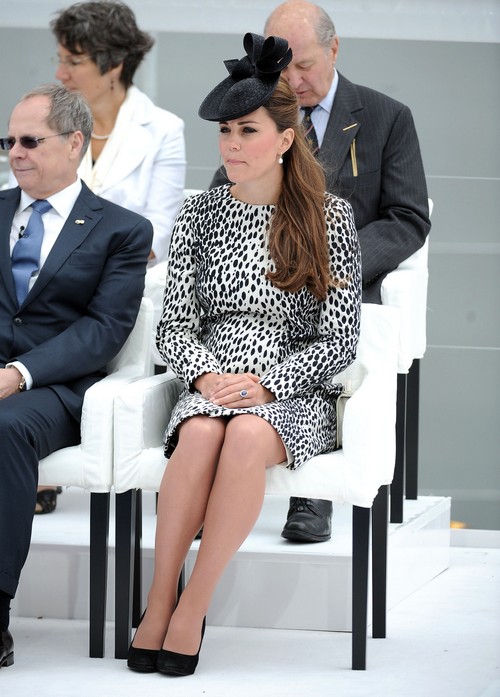 As Kate Middleton’s due date draws closer, the media scrutiny on her unborn baby increases. It’s completely understandable – she is, after all, carrying The Heir. According to a report from the Daily Beast, Kate is planning on having a natural birth.

Sources have reportedly explained that Kate is not ‘too posh to push’ and that she wants to have a natural birth via an elective caesarean. Of course, Prince William remains fully supportive of this decision.

The sources have also explained that while the birth will still be announced with an easel outside the gates of Buckingham Palace – what is the ‘traditional way’ to announce the birth – it will be announced via Twitter and other social media methods instantly so there’s no delay in announcing the birth to the rest of the world.

Right now, Kate is spending time at her mother’s before her due date, and while the local hospital will be prepared for emergencies, Kate is still expected to deliver at the private wing in St. Mary’s Paddington Hospital.

The report also states that neither Will nor Kate knows the sex of the baby, and they still remain tight-lipped on when exactly the baby’s expected. Of course, you can expect pandemonium when Kate does actually go into labor, and I foresee that St. Mary’s will need to hire a lot of extra security to deal with the press and paparazzi that will descend on its gates.

Overall, I think it’s an admirable decision for Kate to choose to go through a natural birth. While it’s still the ‘norm’, more and more people are eschewing it in favor of ‘easier’ methods of giving birth. According to sources, both Kate’s family and the royal family still want to stick with tradition, so it’s not really that much of a surprise that Kate’s birth will also be as ‘traditional’ as possible.