Kim Kardashian Desperate To Get Down To Her Pre-Pregnancy Weight 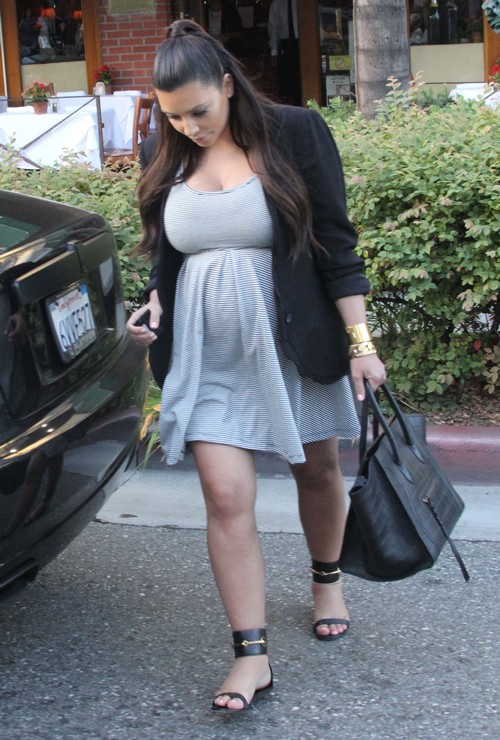 Not even a week has passed by since the birth of Kim Kardashian’s daughter, but the speculation’s already shifted to how Kim’s going to lose her pregnancy weight. To be fair, Kim brought this on herself with all the leaked tabloid reports last fall and how she kept harping on about how she was only 140 pounds at the peak of her pregnancy [puh-lease]. Now, due to the intense media scrutiny on her baby and her weight, that’s obviously going to be the natural discourse of the conversation.

According to new reports, Kim Kardashian has asked her friends and loves one to stop bringing her sweets in the hospital because she doesn’t ‘need any temptations’. The reports also claim that Kim ‘misses’ her old pre-pregnancy body, and “She’s already looking ahead to when she can exercise again.” The sources also add, “She really wants to get back into shape. It’s important to her.” More important to her than attending to her daughter’s needs? She’s already reportedly refusing to breast-feed because her body’s ‘been through enough’, in her own words.

And then of course, Kanye will soon be going MIA again when he goes on tour to promote Yeezus, so she will need to put all her focus on her daughter. For some reason though, I just don’t see Kim doing that. I think she’ll hire a bunch of nannies to take of her kid while she goes off and exercises.