Ryan Reynolds Worried About Becoming Too Old For Babies, Pressuring Blake Lively To Get Pregnant 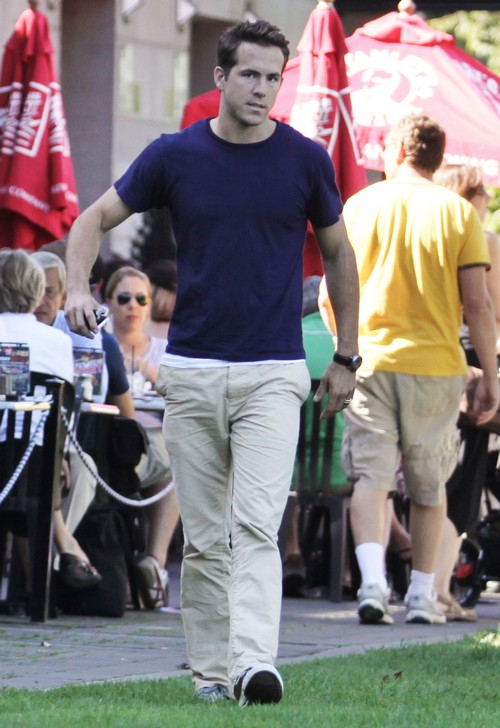 Ryan Reynolds and Blake Lively have been together for more than one year now, so is it already time for babies? To be honest, I actually thought that Blake would already be pregnant by now, so it’s a bit of a surprise to me that they’re still biding their time.

However, according to a new report from Star Magazine, Ryan is worried about his ‘biological clock ticking’, with a source adding that Ryan’s worried about becoming too old for children and wants to have kids immediately. However, Blake is apparently not yet interested because she wants to ‘concentrate on her career’. Ok, but what career? The last time Blake was in a movie was several years ago, and she really hasn’t been in a ‘good’ movie since The Town.

Color me cynical, but I don’t buy this story. I would believe it if they said Blake was pressuring Ryan to have children, and he was ‘too busy’, but I don’t even see Blake attempting to revive her career. Ryan, on the other hand, has several films coming out this year, and several more in pre-production and post-production.

What do you guys think? Will Blake and Ryan have babies soon? Let us know in the comments.