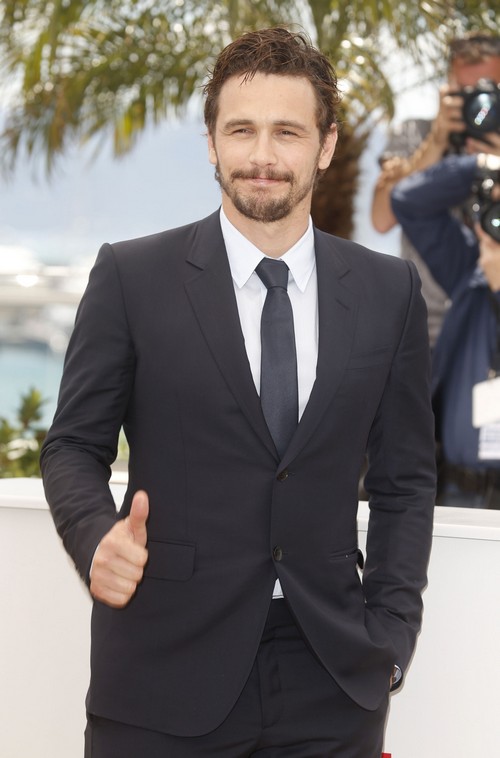 God, could there be anybody more pretentious than James Franco right now? He’s quite possibly the most sanctimonious and up-his-own-ass actor in Hollywood, and that’s really saying a lot. Lately, Franco has taken to ‘reviewing’ movies, and I say that with air quotes because his review is not so much a critique of the movie than it is a chance for him to talk about himself in length.

His latest attempt at ‘reviewing’ has been for ‘Man of Steel’, starring one-time ‘Tristan and Isolde’ co-star Henry Cavill. Of course, Franco can’t just be happy for someone else – no, he has to slip in a lot of snide remarks about the movie and Henry along the way.

He first insinuates that there’s some sort of unofficial feud on his end, explaining, “The night I saw the new Superman, I arrived incognito: 1) because it wasn’t my film, and 2) because I don’t think Henry Cavill would have wanted to see me there. Not that we’re enemies. Years ago we worked on a film together called Tristan and Isolde. My hunch is that he didn’t like me very much. I don’t know this for certain, but I know that I wouldn’t have liked myself back then because I was a difficult young actor who took himself too seriously.” I’m not really sure why he thinks he’s changed since then.

Anyway, although he admits that Man of Steel was a good movie, he also insults Superman, saying, “In my days as a young man, this appeal was long outstripped by the cheesiness of the character’s suit and his douchey invincibility.” Of course, he then goes into a long speech about the necessity of comic book movies, and then spends a good part of his ‘review’ talking about how he used to be a part of the Spider-Man movies. Basically, he just needed an excuse to talk about himself and this provided the perfect opportunity.