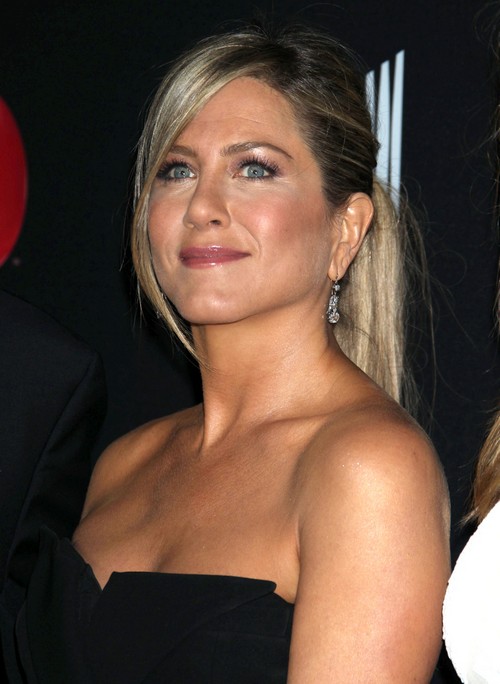 The Enquirer’s source explains, “Jennifer Aniston had never been able to stop resenting Angie for cheating with [Brad Pitt], but when the astounding news of her double mastectomy broke, Jen was totally shocked. She wouldn’t wish what Angie’s gone through on anyone! And her love rival’s ordeal allowed Jen to release — finally and forever — all those hard feelings she’s been harboring.”

The source also adds, “[Jennifer] warned pals who’ve joined her anti-Angie rampages over the years that there’ll be NO Jolie-bashing henceforth! Chelsea Handler’s at the top of that list, and Jennifer’s warned her to lay off jokes relating to Angelina — now and forever.” The source also adds that while Jennifer will never be ‘friends’ with Angelina, she wishes her and Brad well.

What do you guys think? Could Jennifer finally be letting go of her ill feelings towards Angelina Jolie? No matter how many times she claims to have gotten past the issue, it always seems to pop up in the tabloids again. Let us know what you think in the comments.