Justin Bieber’s Manager Wants Him To Go To Rehab 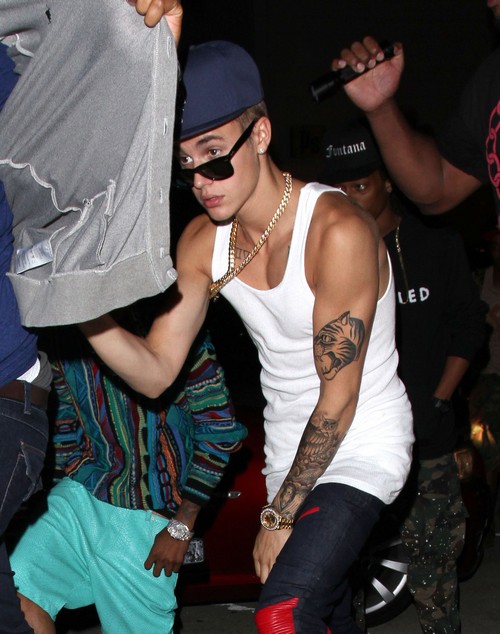 In the midst of Justin Bieber’s downward spiral throughout this year, I kept wondering why no one in his family, friend, and business circle was attempting to help him. I mean, he’s still a teenager and even though he’s ridiculously rich and famous, there has to be some level of boundaries. Of course, we’ve seen this happen a million times before, and we’re bound to see it happen a million times again. The parents and everyone close to the star end up taking advantage of them, getting caught up in the lifestyle instead of focusing on the important things. However, in this case, at least there’s one person who seems to want to help Justin – his long-time manager and business partner Scooter Braun.

A source close to Radar Online explains that Scooter wants Justin to go to rehab, explaining, “Bieber’s partying, pot smoking and drinking is out of control and Braun is extremely worried about the 19-year-old. Justin is hanging out with the wrong people. It’s been one incident after another with him and Braun has always been very supportive and still is. But now Scooter wants him to go to rehab to get his act together. Justin needs to get away from the bad influences in his life.”

Of course, Scooter has a legitimate stake in how Justin turns out and how his public image is affected. If Justin’s career crashes and burns, Scooter’s career is affected just as much. That being said, I don’t think what Justin needs is rehab. Rather, he just needs stricter boundaries and a better influence in his life, and I doubt Scooter can give that to him.