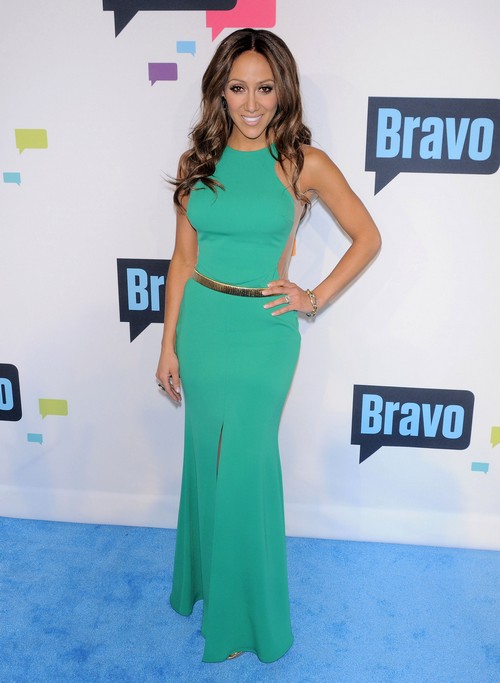 Fans of The Real Housewive’s of New Jersey have watched for years as Teresa Giudice has tried, unsuccessfully, to uncover something scandalous about the sister-in-law that she loves to hate, Melissa Gorga.  Teresa seems to run on the belief that if you throw enough crap at the wall, eventually something will stick so I’m sure she’s absolutely crushed to learn that a bit of scandal has been unearthed about Melissa, but it’s at the hands of someone else!

According to the July 1st print edition of Star magazine, there is quite a bombshell regarding Melissa Gorga and it’s her old high school friend, Jamie Bauer that has done the dropping. The two apparently met in Florida when they were sixteen and had a sexual relationship that lasted for 18 months!

At first Melissa was a good girl that ran with the popular crowd and got good grades but after spending most of her time with Jamie eventually she was cutting school and getting in trouble. The Delray Beach bartender now claims that Melissa’s mother was furious when she found out that the two were having sex and banned Jamie from the house. That didn’t stop them though and Jamie would simply sneak in Melissa’s bedroom window at night. At least until Melissa’s mother found out and really lost it.  Eventually it all ended when Melissa’s family moved to Jersey.

Jamie has provided several photos that seem to really back up her story of the relationship too, making me think this story might just be legit. Can you see Melissa getting it on with chicks before settling into married life with Joe Gorga? Tell us your thoughts in the comments below!