John Stamos Says Lori Loughlin Was “The One Who Got Away” 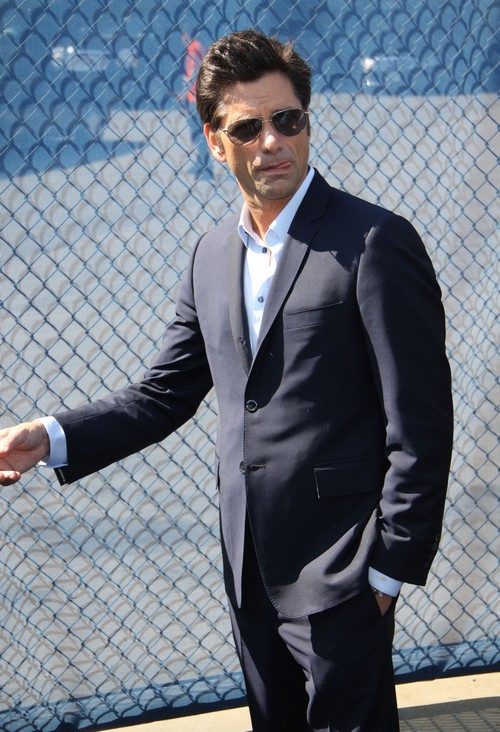 Full House has to be one of the longest running shows ever. The series first ran on ABC from 1988-2005 and now it still lives on in daily reruns. 25-years worth of kids have been raised on the show and the cast still remains close even to this day. John Stamos played Uncle Jesse and shared tons of screen time with Lori Loughlin who portrayed Aunt Becky. The two are very good friends and John admits that she is probably the one that got away.

The July 1st print edition of GLOBE says that John and Lori both admitted to having a load of chemistry while working together but they were always dating other people so aside from one date to Disneyland, they never actually got together.

John is currently single and Lori appears happily settled in her second marriage to Mossimo Giannulli, with whom she has two daughters. John regrets never fully pursuing Lori but then insists he is extremely happy to still be in her life at all.

I have to admit, I’m kind of surprised that they never hooked up. I always kind of got the feeling that when they walked off the sound stage John and Lori were still about as close as they seemed when shooting. Did you get that vibe too?

What is it about shows like Full House that make them last forever?  Does it just prove that even 25 years later we all still really like to watch the complicated family dynamic play out on screen? The only thing that dates this show is the wardrobe, otherwise the issues that the Tanner family dealt with still ring true today, don’t you think?

Should Lori and John have hooked up way back when? Tell us your thoughts in the comments below!