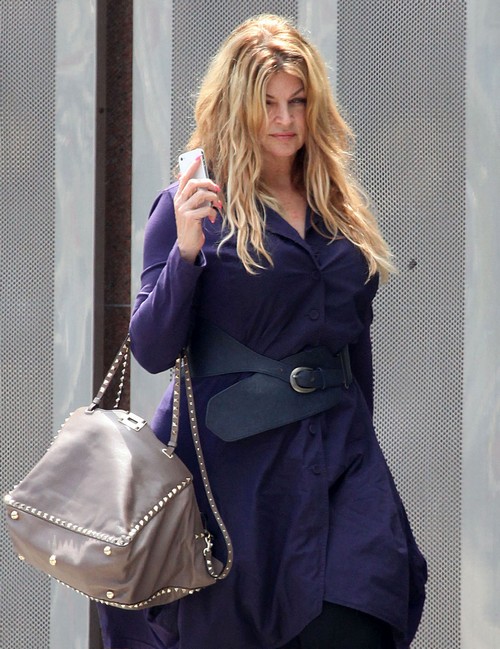 Once upon a time ago Kirstie Alley was known for her work on Fat Actress but now she is viewed in Hollywood as a big fat liar. After a year of battling over her Organic Liaison products Kirstie finally decided to settle for $130,000 which basically was an admission in itself that the products were a fraud.  According to the July 1st print edition of National Enquirer, owning up to the fact that the product line doesn’t actually help weight loss was a crushing blow for Kirstie.

Not only does it cast a huge shadow over the Organic Liaison product line, but it also clues the general public into the idea that maybe Kirstie isn’t so trustworthy after all. If she was willing to lie about this product then how many others that she has endorsed were actually a fraud too? That’s exactly the question that Kirstie fears her fans will also be asking.

Let’s be real here, in the last ten years Kirstie has been better known for the stuff she hawks in television spots than the acting chops that got her noticed in the first place. Do you think this dishonest misstep will cost her?  Kirstie is considering this situation to be one of the absolute worst things to ever happen to her. I’m guessing she realizes that this doesn’t exactly make her a trusted spokesperson and if she doesn’t have that to fall back on her financial situation might be pretty bleak in the near future.

Would you trust that a product endorsed by Kirstie will work? Tell us your thoughts in the comments below!