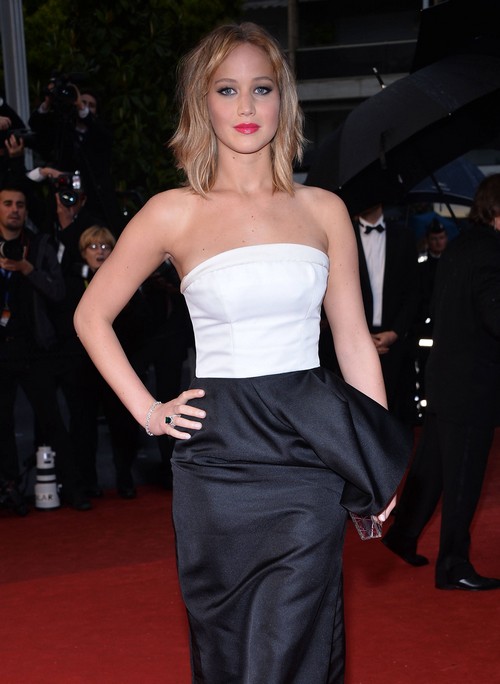 Squee!! Who doesn’t love Jennifer Lawrence and Nicholas Hoult, especially together? They’re seriously one of the cutest couples in Hollywood, and one of the most talented to boot. When they broke up before awards season, the consensus was that they were just breaking up due to the attention and pressure, and they would probably get back together in the future.

Of course, that consensus proved to be correct since Jennifer and Nicholas are reportedly getting ‘closer’ while filming X-Men: Days of Future Past in Montreal. An earlier report claimed that Jennifer and Nicholas have been spotted together during most of their off-time from shooting, and that while they’re ‘still friends’, it’s definitely inching towards something else.

For those who have been fans of Jennifer and Nicholas from the first X-Men film, it’s obvious that they had a strong foundation of friendship before they started dating, something that Jennifer has also admitted in the past. In this case, while their breakup may have made things awkward for them, the number of times they’ve already been photographed in public shows that any lingering awkwardness is clearly long gone. It’s really only a matter of time before they’re officially back together.

What do you guys think about Jennifer Lawrence and Nicholas Hoult together? Happy? Sad? Let us know in the comments.