Kanye West Gives Kim Kardashian A $500,000 Push Present – Asks Her To Marry Him 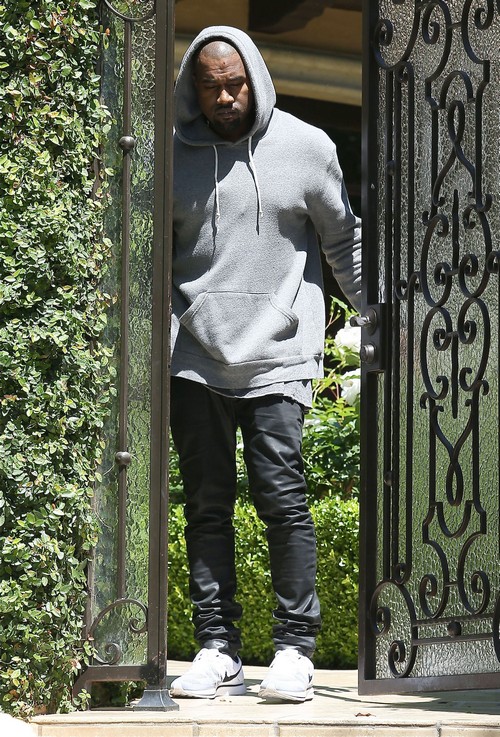 Kanye West has reportedly popped the question and asked Kim Kardashian to marry him, before handing over a rare black diamonds ring worth $500,000. The rapper, who is said to have been eager on starting a family of his own, made the surprising move after Kim welcomed their baby girl North West to the world — Kanye was convinced that it was only right to put a ring on Kim’s finger.

West has been living in Paris for the last few years and having seen his best friends Jay-Z and Beyonce have a child of their own has really made him see how precious it is to have a family. The diamond ring that was gifted to the reality star isn’t her engagement ring though, according to the Sun. That particular accessory was just a “push present” for the 32-year old to keep as a gift from him.Kanye isn’t too sure on what kind of engagement ring Kim would want so he plans on letting her pick out one for herself in the following weeks to come. “He has spent half a million on a ring as a push present and had it designed months ago in preparation. He’s even more in love with her now than ever and they can’t wait to get married.”
Details on Kim’s luxury four day stay at the Cedars-Sinai hospital have also been unveiled; Kanye supposedly spoiled his girlfriend by renting out the biggest suite that was available before having special room service providers to his door in case the couple ever needed something to eat, which brought the price up to $100,000. “Kanye wasted no money in making sure Kim had the best of everything while she’s in hospital,” a source tells the British tabloid.

Kim and Kanye are currently still awaiting for their Bel-Air mansion to finish its renovation stages,- it’s currently unknown where the family reside but they’re definitely doing a good job on keeping it all a secret, especially Kim who’s a – how do we say this nicely – famewhore.

Kanye West is not backing off of his massive sized ego anytime soon – you won’t believe what he recently said, head over to HAVE U HEARD to find out, CLICK HERE!!