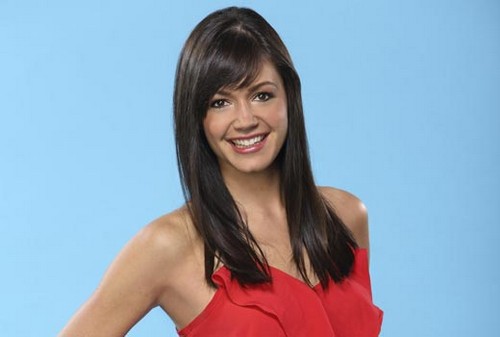 The Bachelorette Desiree Hartsock returns to ABC with another new episode.  On last week’s show the guys competed in a Mr. America contest and the hunky men competed in a bathing competition that did not disappoint the ladies that watched the show nor Desiree. Lastly, like all pageants there was “Crazy” performances and one lucky Bachelor was crowned the winner.  Brad and Des had the first date of the episode at the Steel Pier amusement park. The two seemed to be having a great time eating and drinking but Brad went home due to issues back home.   By the end of the evening, 11 lucky bachelors remained.  Did you watch last week’s episode? We did and we recapped it for you.

On tonight’s show Desiree has never traveled to Europe before, and the 11 remaining men hope to make this first leg of the international tour to find love a special one, starting in Munich. Chris gets to explore this culturally rich city with Desiree, but their romantic date comes to a crashing halt when another man interrupts them with shocking news. The Bachelorette takes seven guys to the German Alps, where not only do they enjoy their majestic beauty, but yodel, sled and frolic like kids in the snow.

The competition between James and front-runner Brooks turns ugly, while other bachelors make their play for Desiree. The awkward, dreaded two-on-one date has arch-enemies Michael and Ben facing off. Whose strategy works and which man stays?  By the end of the show only eight men will remain to travel to the magnificent city of Barcelona.