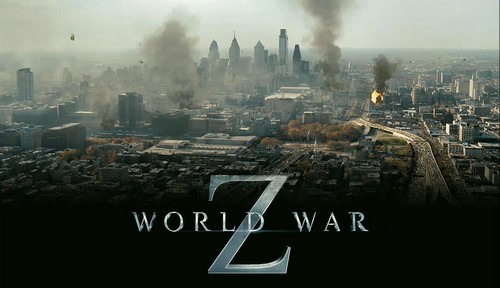 World War Z opened much higher than estimated projections to a whopping $66 million for the weekend, showing us that nothing in the world can match the power of Brangelina.

Although World War Z had a long and troubled production, with several million dollars in re-shoots, it has seemingly overcome the hurdles it faced and come out ahead. The reviews have been surprisingly decent, especially with what was rumored to be an entirely re-shot and tacked-on ending, and the box office has proven that the audiences will pay to see Brad Pitt in pretty much any blockbuster.

I mean, it shouldn’t really be a surprising. I haven’t seen Brad Pitt hustling this hard EVER, and that’s counting all of his past blockbusters, including Moneyball, the Oceans trilogy, and Inglourious Basterds. He brought out everything – candid interviews, Angelina Jolie accompanying him to the red carpet, the kids, etc. There was no base he didn’t cover, nothing that he refused – and it all paid off.

Of course, whether the film manages to cover its cost is another question entirely. Yes, $66 million is a fantastic opening weekend for an original property, but I think we all know this isn’t going to be another Inception. There’s no way WWZ will manage to make it past $800 million at the global box office, especially because the international audiences seem much less interested in this film when they have Iron Man 3, Man of Steel, and a slew of other big-budget films to choose from. But it doesn’t matter, because a sequel to World War Z has already been greenlit. Lesson learned: Brad Pitt is a movie star, and you never bet against a movie star.