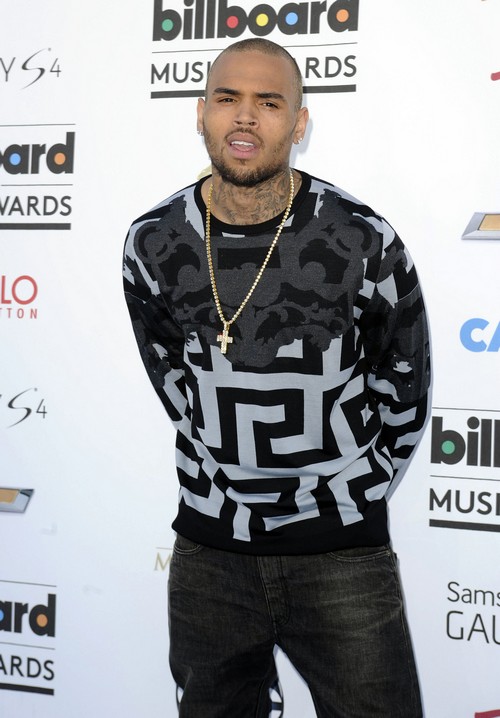 Just a day after Chris Brown was alleged to have pushed a girl to her knees so badly that she was told she needed surgery, the singer gets into more trouble, facing hit-and-run charges. Yup, Chris supposedly had an accident with another vehicle, but instead of exiting his car, seeing if everything was okay and exchanging numbers with the person, he simply ditched the seen as quickly as possible.

Luckily, Chris’ license plate was noted and the police were informed of it. This is not the first time that the R&B singer has gotten himself in some kind of trouble; he’s also currently facing charges for scratching up ANOTHER car — and though he did pass over his phone details to the driver, according to TMZ they were just numbers that the singer had made up. In other words he couldn’t give a crap!This makes it Brown’s second criminal charge with the L.A. City Attorney (excluding the allegation of him hurting a woman), which could possibly see him face six months in jail knowing that him speeding off after getting into an accident with another person’s vehicle is punishable.

Whether or not he’ll face charges is still unclear, Chris has gotten away with a lot of legal issues in the past few years; the whole Rihanna care, the Drake situation where the two were allegedly fist-fighting each other AND back in January when Chris beat up Frank Ocean for parking in his parking spot! The guy clearly needs some kind of help, and let him receive it in jail — it’s not like he has anything better to do.

Should Chris go to jail?!

In other news someone has come out and defended Chris on those abuse claimed by a women yesterday.  To find out all the details, CLICK HERE!