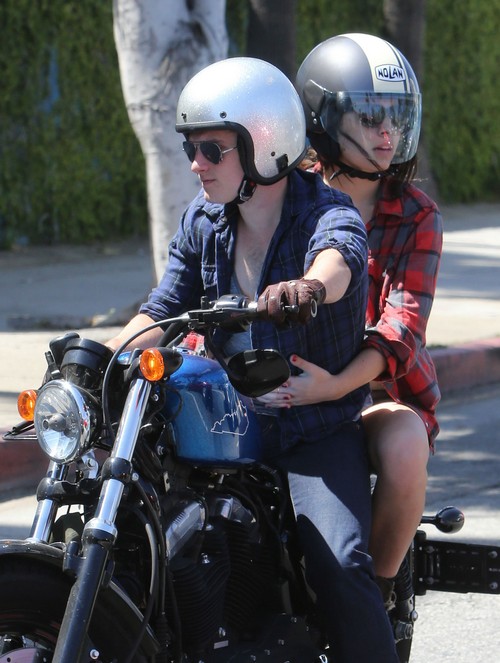 It’s been a while since Josh Hutcherson’s had a legitimate girlfriend. Although he was linked to Vanessa Hudgens during promotion for Journey 2: The Mysterious Island, that was said to be more of a casual situation than actual dating. However, after shooting Paradise Lost with Benicio Del Toro, Josh has reportedly started dating one his co-stars, Claudia Traisac.

Hutcherson was spotted kissing Traisac on Saturday while they were both enjoying a ride on his bike, and it’s pretty clear that they’re dating. She’s certainly his type, as Josh has previously said that he’s immediately smitten whenever he meets petite women with dark hair.

What do you guys think of Josh Hutcherson’s new girlfriend? I know a lot of Hunger Games fans shipped Josh with Jennifer Lawrence, but let’s be real – that was never going to happen.