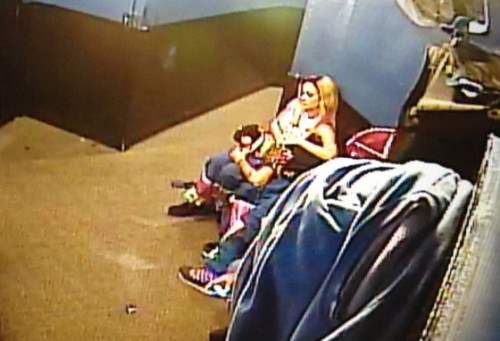 Justin Bieber is finally moving on from Selena Gomez, and he’s doing it with a Las Vegas waitress. While it’s not clear whether they’re dating or just having a fling, they were reported to be getting very close while JB was in Las Vegas these past couple of days.

An eyewitness spotted Justin with a waitress named Jordan Ozuna, although they were also with quite a few other people. An eyewitness source revealed, “In the waiting room area, she was sitting on his lap and they were kissing. Little pecks and kisses. Justin was occasionally putting his hands around her waist, [giving her] a couple quick kisses. He was definitely into her, and she was into him, as I could tell. That they got the coziest. He had his head resting in her lap [and she was] petting his head.”

For all intents and purposes, Justin and Jordan are definitely hooking up – at least. Could they be dating? Well, considering Justin’s reputation right now and the fact that Selena pretty much dumped him, I think he’s just trying to prove to himself that he can still hook up with girls if he wants to. He does have to realize that one of the only reasons that girl is ‘dating’ him is because he’s Justin Bieber. Anyway, we’ll find out if it’s an actual relationship or just a fling pretty soon, I imagine. Let us know your thoughts in the comments.