Kate Gosselin Denys She Is A Racist, The Leaked Photo Was Done All In Fun 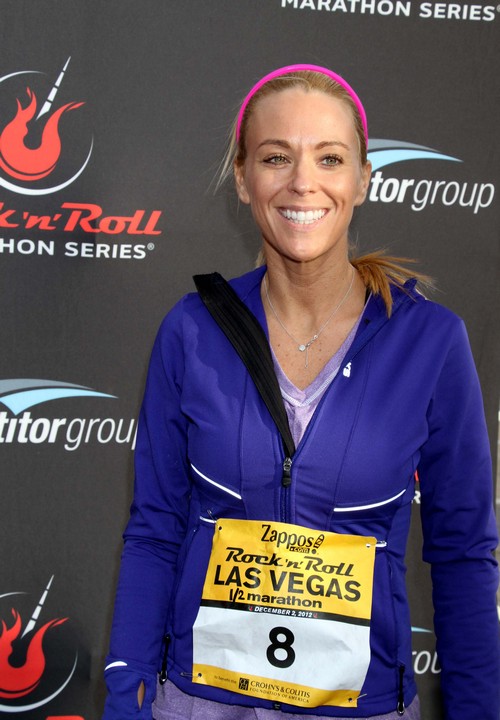 Kate Gosselin wants to deny the fact that she’s a racist after a photo of her pulling her eyes back surfaced on the internet. Clearly it’s a mockery to Asian people, right? Well, the former reality star had her own statement to make as to why she shouldn’t be considered a racist for pulling her eyes back to make the unflattering gesture.

Kate Gosselin, who has been doing everything she can to stay relevant in the media has gone to desperate measures in doing so.  This photo that could have very likely been “leaked” by someone close to the Z-list celebrity, really has people asking themselves how someone could at her age could still be acting this stupid and childish.

The 38-year old explains that one day when she was going through fan mail, she was gifted with an Asian dress up wig, which gave her the idea to start pulling stupid facial expressions as she attempted to show off her best Asian look. Explaining her actions, the mother of 8 revealed: “…and when we opened this plastic Asian dress up wig sent from a caring fan, we smiled, each taking turns posing in it and snapping photos (on my phone) of each other. Naturally, I ‘slanted’ my eyes to show him my best Asian impression, which made him smile.”

Gosselin adds that since she had family members on Jon’s side at the time that were Asian, she couldn’t possibly be a racist as she continued her statement with how bogus it is for her to read people commenting about the gesture and calling her all sort of names; she supposedly respects all skin colors and didn’t try to offend anyone with her disgusting and sickening gesture.

“At that time, a common topic of our show was ‘everybody’s Asian’— except for mommy, so a thoughtful fan figured she’d help me look Asian too! It’s normal to talk about and even ‘exaggerate’ the feature differences between family members of a biracial family as they are noticed by curious growing children within the family,” she added. Why do we get the feeling the picture was purposely put on the internet by Kate to piss people off? Maybe she was hoping it was a good move to land herself another reality show deal. Well, you failed!