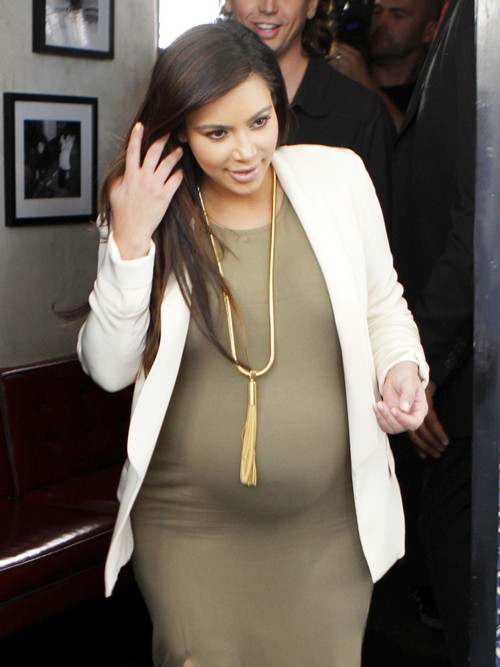 Well that did not take long!  There are fake photos of Kim Kardashian‘s daughter little North West that are being shopped around already.  The question on everyone’s minds is, “Where did the photos come from?”  The answer to that question is interesting, it seems Kim Kardashian released the fake photos.

Kim and her baby’s daddy Kanye West realized that photos of their baby were worth a fortune, so they released fake photos, with an imposter baby.   They wanted to be able to find out which of their friends would sell them out for 20 pieces of silver.

It did not take long and someone already contacted TMZ to sell the photos, see below.  Kim not only sent out one fake photo but two so she could really find out who was doing the selling.  It looks like Kim and Kanye’s inner group is not that trustful.

Hey Hiccupers!  Are you dying to see photos of Kim and Kanye’s baby daughter North West’s photos?  Hit the comments and let us know your thoughts!