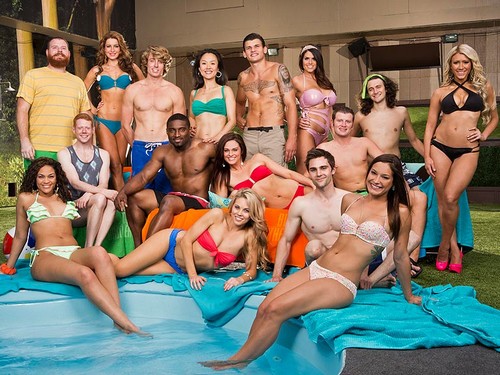 Tonight on CBS Big Brother returns with all its drama, backstabbing and craziness.  On tonight’s show we are going to meet season 15′s cast members and there are 15 new ones.  If you want to get a look at them before tonight’s show head over HERE, we have a run down on whose who.

The big news about the cast is former BB contestant Rachel Reilly’s sister Elissa Slater will be competing.  If she is anything like her sister, there will be drama. By the end of the show we are going to already know who are hunks, the backstabbers and the biatchys… It does not take long for it all to get started on Big Brother.

On this season there are a few changes – the first change up comes with how many houseguests will be nominated for eviction. Instead of two, three will go up.  That should cause more drama, plotting and lying.  The next change is viewers will have the power to influence who goes home and who stays.  We will be able to vote for the first Big Brother Most Valuable Player based on the Houseguest we think has the best strategy to win.  We will find out tonight how our votes will impact the game.