Jennifer Aniston and Courteney Cox Are No Longer Friends 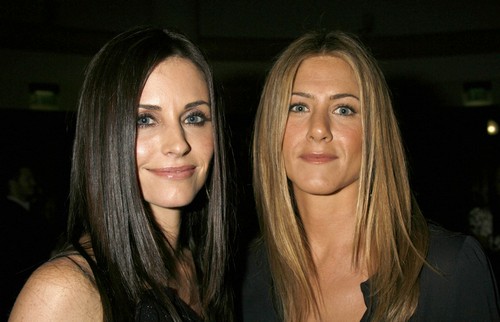 Jennifer Aniston and Courteney Cox have been friends forever.  Courteney supported Jennifer through her breakup with Brad Pitt and has been her champion for years.  However, that all seems to be over now.  Jennifer was a no show at Courteney’s 49th birthday party.

According to National Enquirer the reason behind their split up is Jennifer’s fiance Justin Theroux.  It seems Justin is a control freak and he wanted Jennifer to stop being best buds with Courteney.  “Justin,wants his fiancée to “freshen up” her friends list.”  Jennifer was so fed up with his nagging, she decided to skip the Courteney’s party.  “Jen’s absence was the talk of the party,” revealed an insider.

Courteney is none to pleased that after all she has done for Jennifer, Jennifer skipped her birthday party.  “Courteney is sick of forgiving and forgetting.  She’s been slighted by Jen one too many times now.”

Justin is all about Justin.  Although Jennifer is desperate to head down the aisle with him, their wedding is delayed again so Justin can concentrate on his career.

What do you think Hiccupers?  Is Jennifer ever going to marry Justin???