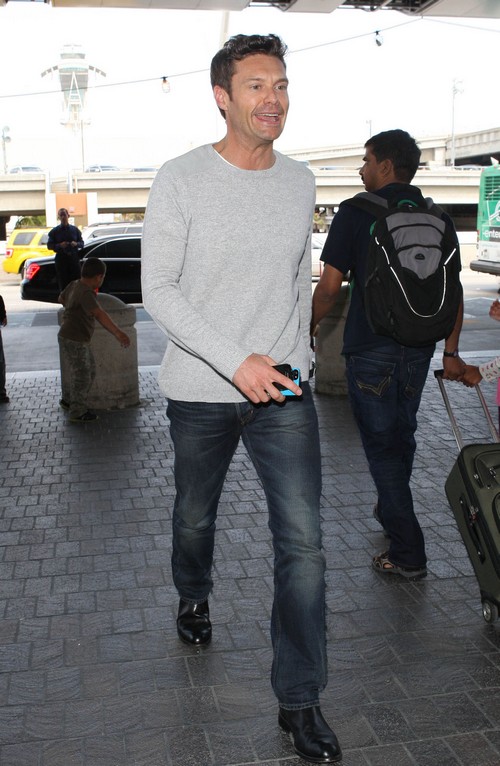 American Idol host Ryan Seacrest is in love again and is dating model Sports Illustrated model Dominique Piek on the QT.  In March 2013 after dating for more than two years, Ryan  broke up with Julianne Hough.

According to In Touch Weekly, “She and Ryan Seacrest have been out to dinner together twice in one week recently.”

Dominique is also coming out of a break-up.  She split with her former boyfriend Chris Pine in April 2013.  So Ryan and Dominique were back on the market looking for love when they found each other.  To find out all the details of Ryan and Dominique’s steamy romance, pick up the current issue of In Touch on newsstands now!

Meanwhile althought all the coaches and Nigely Lythgoe are not coming back to American Idol Ryan will be back in his hosting duties.  He has even said, he is willing to take a pay cut to help the show out.

What do you think Hiccupers, true love or is this a rebound romance for each of them?  Hit the comments with your thoughts!